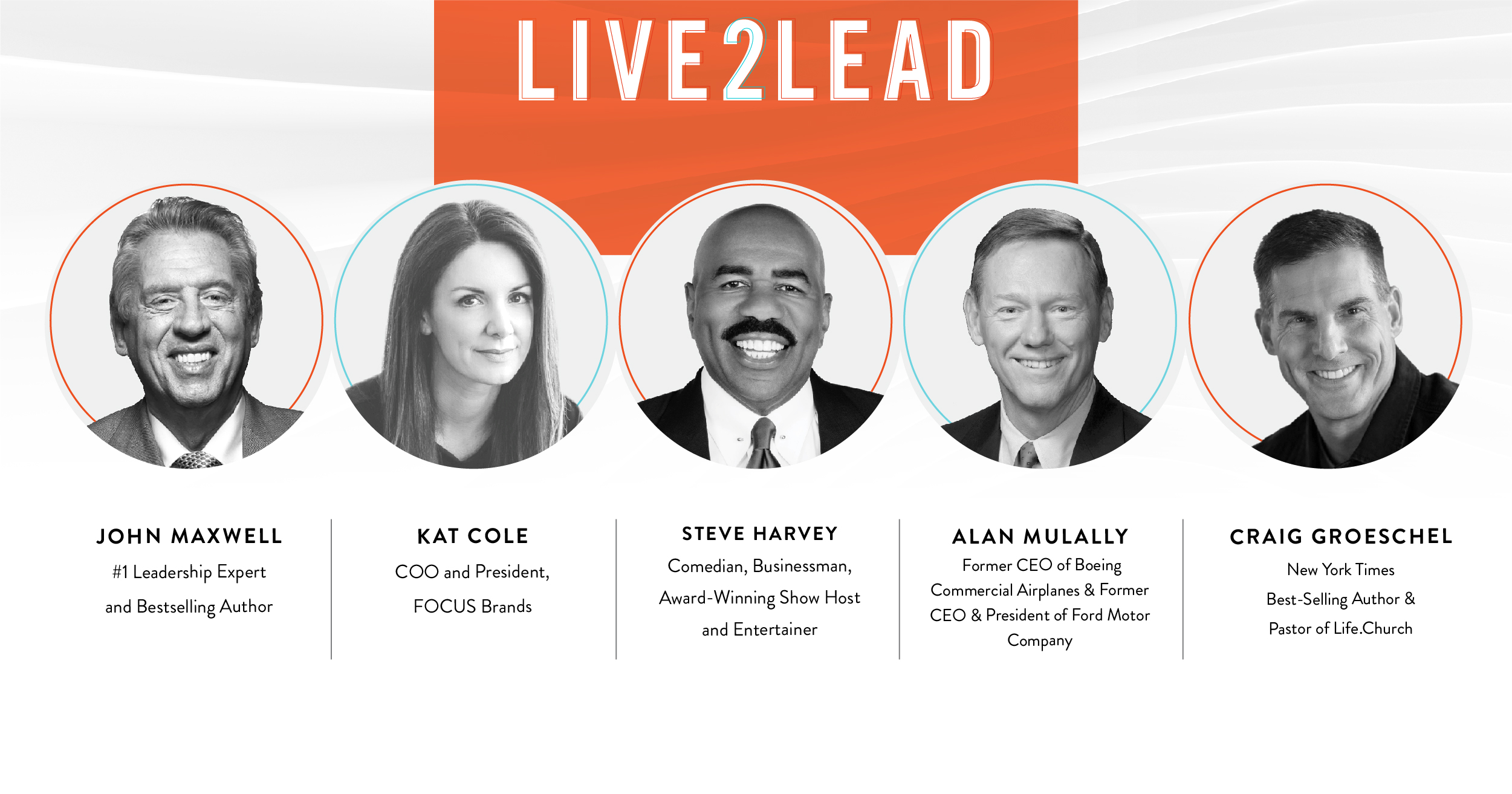 A leader development experience designed to equip you with new perspectives, practical tools and key takeaways. You’ll breathe new life into your leadership during this information-packed half-day event. Learn from world-class leadership experts in the morning and return to your office ready to implement your new action plan and lead with renewed passion and commitment.

This virtual event will be hosted by Leaders Can Foundation in partnership with The John Maxwell Company.  Price will be $79 US and you will have 3 full days to access the content.

John C. Maxwell ~ #1 New York Times bestselling author, coach and speaker, has sold 30 million books. He has been called the #1 leader in business by the AMA and the world’s most influential leadership expert by Inc. His organizations—The John Maxwell Company, The John Maxwell Team, EQUIP, and the John Maxwell Leadership Foundation—have trained millions of leaders from every nation.

Kat Cole – COO of FOCUS Brands North America. Prior to FOCUS Brands, Kat was President of Cinnabon, Inc. and a Vice President at Hooters at age 26, making her one of the youngest executives in chain history. She has been featured in The Wall Street Journal, The New York Times, Forbes, Fortune, Cosmopolitan and many others. She is the top Ranked Female Speaker of all-time within all Speakers Bureaus.

Steve Harvey – known as the busiest man in Hollywood. But when he’s not entertaining, he’s a dedicated mentor and motivator. Mr. Harvey’s passion is helping people, which led to the Steve and Marjorie Harvey Foundation, helping underprivileged children receive the tools for success. In 2017, he started Steve Harvey Global, to create entertaining and motivational content, products and experiences for his worldwide audience. In 2019, he launched Vault Empowers, a learning platform for future leaders, entrepreneurs and corporate visionaries. Steve and Marjorie Harvey are devoted to each other and to their children and grandchildren, Mr. Harvey’s proudest accomplishment.

Alan Mulally ~ served as president and chief executive officer of The Ford Motor Company and as a member of Ford’s board of directors from 2006-2014. Mulally led Ford’s transformation into one of the world’s leading automobile companies and the #1 automobile brand in the United States. Prior to joining Ford, Mulally served The Boeing Company for 37 years as executive vice president, and president and CEO of Boeing Commercial Airplanes and of Boeing Information, Space and Defense Systems. Throughout his career, Mulally has been recognized for his contributions, industry leadership, and service, including being named #3 on FORTUNE’s “World’s Greatest Leaders”, one of “The World’s Most Influential People” by TIME magazine and “Chief Executive of the Year” by Chief Executive magazine. Mulally currently serves on the board of directors of Google, Carbon 3D, and the Mayo Clinic.

Craig Groeeschel – married to Amy in 1991 and has six children and three sons-in-laws. Craig and Amy started Life.Church in January 1996 and it has grown to include dozens of locations all over the United States.  Craig is a New York Times bestselling author of books on a wide variety of topics, including dating and marriage, social media, purpose, direction, church leadership, and more.  Glassdoor has also named him in the top 10 CEOs in the U.S. (small and midsize companies) and named Life.Church the #1 Place to Work under his leadership.

Please confirm you want to block this member.

You will no longer be able to:

Please note: This action will also remove this member from your connections and send a report to the site admin. Please allow a few minutes for this process to complete.